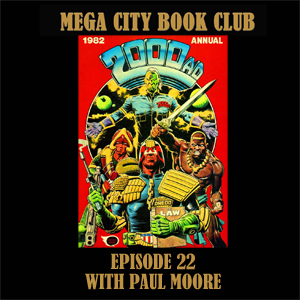 Paul Moore is my guest with his seasonal pick of a clasic thrill powered annual from the early eighties. Follow Paul on Twitter, and check out his artwork on his Tumblr site, and his Deviantart page.

You can can see a preview of Planet Of Daemons #1 on the Amigo comics site, and buy your copy from Forbidden Planet. 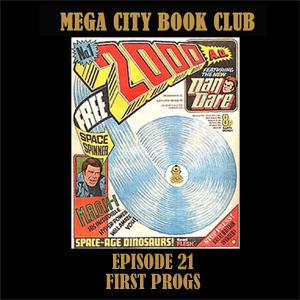 Mostly recorded at the Thought Bubble convention in November this is a clips show with a number of 2000AD creators and well known fans telling me about the first Prog they can remember buying or reading, or possibly the first one their own work appeared in. I've produced this episode for the fabulous 2000AD forum advent calendar organised by our very own P-WLS droid. 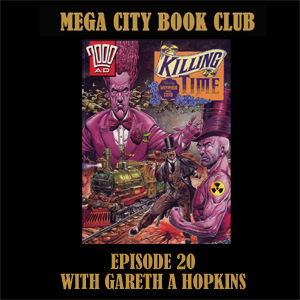 Gareth A Hopkins introduces me to the wonders of John Smith and Chris Weston's Killing Time. You can find Gareth's own work at www.intercorstal.com and www.grthink.com 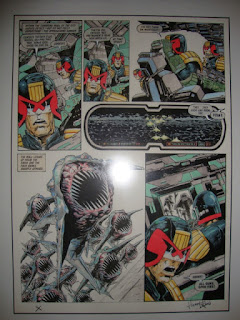 As soon as he saw the blip on his radar he knew it was going to be touch and go. Swan was far left of a wide formation as Judge Giant led the cadets on a sweep. After clearing a nest of Dune Sharks they were hunting for survivors. They had passed a mutant convoy heading for the Coney Island township two kilometres back, and now there was an ominous green dot on the extreme edge of the bike screen that only he could see.

He turned the Lawmaster and accelerated hard.

Swan stepped up a gear and concentrated on the green dot. A faint ping at top of his screen indicated the rear of the mutant convoy. Thirty seconds to visual range, he transferred the radar to his visor and scanned the horizon. It was going to be damned close.

The green dot resolved into an image which his visor magnified and threw up to the top left of his HUD. Shark alright, big one, 200 kilos of flying muscle and teeth, kept aloft by a huge gas filled stomach chamber. Skin like plasteel, hi-ex could penetrate it but only if you hit soft spots. The bike had spitfire missiles to pick them off at range, he thumbed another switch and targeting confirmed what he already suspected, the shark was too close to the convoy. Any collateral damage and Giant would bust him back to the admin corps.

"Have to be the hard way. Bike, auto steer, same course."

He pulled his knife and cut through the palm of his glove. Blood flowed freely as he popped a grenade from his belt. He shook his head to clear the HUD, he could see the Shark and the convoy now, the wagons were making their way through a narrow gully with high sandy walls. No time for computers, this was going to be gut, and gut alone.

He gunned the bike to higher ground on full turbo and hit the edge at max speed. A brief glimpse of surprised faces in the last wagon and he was airborne. The grenade was slick with blood as he tossed it into the air.

The shark's response was instinctive, attuned to the smallest trace of blood, it swooped away from the convoy and snatched the device from the air.

Swan's landing was rough but he held it together and the bike slewed to a halt on the far side of the gulley. Behind him there was a satisfying, muffled thump and the crash of the shark hitting the ground, its wings flapping uselessly against the sand.

"...but effective, now field dress that hand. Cadet Ajax, execute the creature. Snow, you've got point. Fun's over, get ready to move out, people."

Posted by Eamonn Clarke at 8:32 AM No comments: