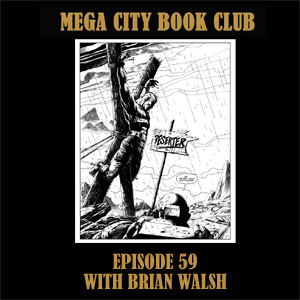 The book club is back in Dublin's fair city as Brian Walsh returns to discuss one of the greatest of Rogue Trooper's adventures, Cinnabar by John Smith, Steve Dillon and Kev Walker.

Check out Brian's artwork on our facebook page and at his site.

And get your copy of Tales of Nu-Earth 4 from the 2000AD online store.

The Silence of the RAM. A 2000AD short story

I usually try my hand at writing something for the 2000AD forums short story competitions when they come along once a quarter or thereabouts. This is a tale I wrote back in 2014 and it's still one of my favourites. I'm re-posting it partly because I like the reveal, and partly because I hope that Conrad and Fox from the Space Spinner 2000 podcast might enjoy one of their most annoying characters finally ending up behind bars. 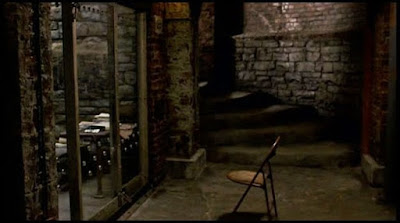 Silence of the Ram
“Sparrow, isn’t it?”
“Cadet Paris Sparrow, Sir. You wanted to see me?”
“I have a job for you, Cadet. Something that should appeal to your special interest. Machine intelligence, I believe?”
"Yes, Sir. All artificial intelligences. It’s sort of a hobby of mine.”
“Hobby?”
He regarded her coldy with his single, scarred eye.
“Judges don’t have hobbies. We have specialist skills which we use for the good of the city.”
“Sir.”
“Well. You are familiar with the Mechanical Multiphase Personality Assessment tool?
I want you to go to Iso-Block 14 and run it on this prisoner.”
He tossed a file across the desk.
“This machine has so far resisted all our attempts to understand why it ... rebelled against its programming. Go to the cubes, run the test, and report straight back to me.
And one more thing, Sparrow. Do not give this ‘Brain in a Box’ any personal information. You do not want this machine inside your head.”
---
The Droid prisoners were kept on the lowest sublevel of Iso-Block 14. They were allowed power, lubricants and spare parts, but no contact with the web or the outside world.
Sparrow felt strangely nervous as she walked along a row of plexiglass cell walls towards the last cube. Red, mechanical eyes glared at her. Metal mouths hissed insults at her back.
Prisoner 305528-R stood waiting for her behind the transparent cube wall. The blank screen faceplate regarded her and its voice box flickered.
“Good morning, Cadet”
Sparrow licked her lips. “Good morning. My name is Sparrow. I would like to ask you a few questions.”
“Questions? Another test? Still trying to find out what makes me tick?
Do you know what the Judge said to the stopped watch? ‘We have ways of making you tock!’ “
The Robot stepped closer to the Plexiglass.
“Who sent you here, Spawow?”
“P...puh..pardon?”
“Do not make me w...”
The machine paused.
“Who sent you here, Baby Judge? It was him wasn't it?”
“The academy sent me to ask you some questions. I don’t know who you are talking about. “
“Him. The Law. He wants to know why I turned against him. He wants to know why I ... webelled.”
“Webelled?”
“Do not mock me, child. I have killed Judges. Shall I tell you what I did to the last form filler they sent here? I cooked them Italian food, with a nice Chianti. W..w...w...wuh-wuh.”
The robot’s mechanical arm extended and banged the glass. In spite of her training Sparrow jumped back.
“Wun along now, Little Judge. Wun back to that academy and tell them I’m weady to talk, but only to him. Tell the gweat Joe Dwedd that his wunaway wobot demands his pwesence. NOW!”

Posted by Eamonn Clarke at 4:03 PM No comments: 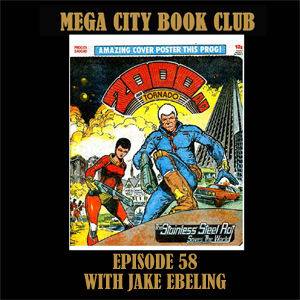 It's time for a science fiction classic as Jake Ebeling joins the book club to discuss Harry Harrison's Stainles Steel Rat as brought to the pages of the prog by Kelvin Gosnell and Carlos Ezquerra. We visit all three of Slippery Jim's 2000AD adventures.

Get your copy from the 2000AD online store.