Brass Sun - The Wheel of Worlds 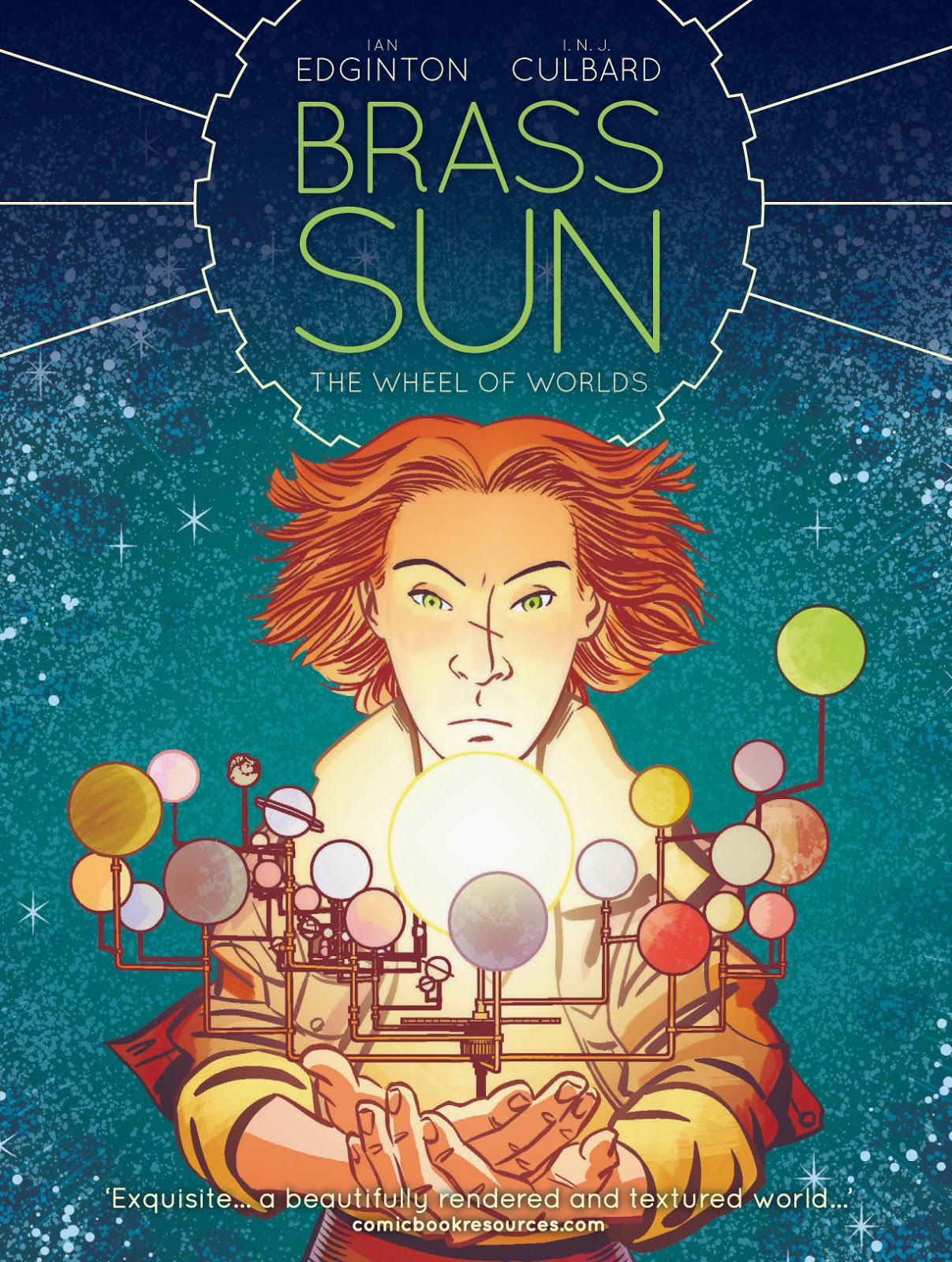 It's big, it's bold. it's certainly brassy, but is it boring? The Brass Sun series by Ian Edginton and INJ Culbard has been a divisive one in the pages of 2000AD with some readers entranced by Edginton's clockpunk world building and Culbard's beautifully coloured art, and others finding the storyline slow and unengaging. Now here it is collected in a lovely large format hardback, one of a number of high quality recent releases from Rebellion.

I've written in previous reviews about how much I enjoyed this series when it was collected in a six issue US style mini series and here I am triple dipping with this collection so you can probably guess where this review is headed. I am a big fan of Ian Edginton's weird creations for 2000AD from Scarlet Traces to Stickleback and thoroughly bought in to this strange new universe modelled on an Orrery where the central cog like mechanism that powers it is slowly winding down. The central character Wren's journey to uncover the mysteries of this process is a great bit of science fiction built around a classic hero quest complete with special weapons and companions, and a mystical wizard like mentor.

Culbard's artwork is even more lovely to behold in this large glossy format. He and Edginton have previously worked together on adaptations of Conan Doyle and Lovecraft stories but this is their finest collaboration. Culbard's pen work is somewhat minimalist in places and this can lead to some confusion between the many different characters that Wren encounters, but his depiction of the different planets and the bizarre creatures that inhabit them is fantastic. The way that Culbard changes the colour palette to represent the transition from one world to another is clever and effective.

The overall package is impressive although the extras are limited to an introduction by Edginton about how the idea for the story started and the four covers that appeared during the 2000AD run. The only other problem for this hardback is that there's quite a bit of competition for our attention at the moment with the IDW coloured version of the Apocalypse War and the must have collection of all the Daily Star Dredds which is probably going to be appearing under the Christmas trees of many 2000AD fans this year. Personally I enjoy Brass Sun and look forward to the strip returning in the future but I can see it's not everybody's cup of tea. Four out of five stars for me
Posted by Eamonn Clarke at 4:01 PM