Big Finish have to make harsh business decisions based on what they can flog to us. Their big sellers like the main Doctor Who range, Sherlock Holmes and Blake's 7 have a guaranteed audience, but their ventures out into other franchises are always going to be risky to see if they can recoup their costs and turn a profit.

The full cast audio 2000AD adventures ran from 2002 to 2004 although by the last one the cast was basically just Toby Longworth doing all the voices himself. I presume they thought they could sustain the series if they reduced the stories to something more like an enhanced audio-book, mainly one person narrating but with one or maybe two other voices appearing briefly. And so, after a five year gap,  we got the four crime chronicles.

I have to say that the single voice telling a story is not my favourite flavour of Big Finish so I was approaching these with some trepidation. But they are the last of the 2000AD audios so here goes. 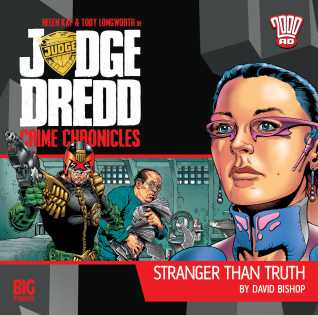 1.01 Stranger than Truth by David Bishop. The series are all directed by John Ainsworth
An academic is hoping to meet Mega City One's most famous author Truman Kaput but it seems that a character from his books has come to life and is murdering his way towards his creator.

This one switches the action between narration from the book character and the Brit-Cit scholar whose researches are dogged by the rising body count. So it was closer to the main range stories than what is to come. Still a bit dull though and it never quite explains why Dredd is acting so strangely. 2.5 out of 5 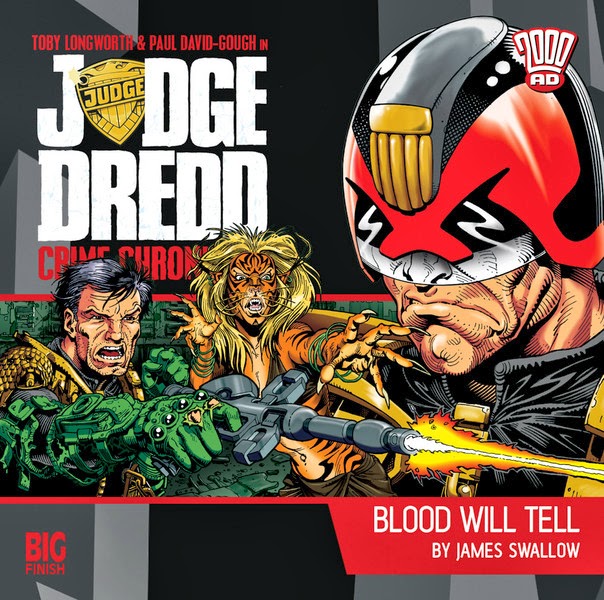 1.02 Blood Will Tell by James Swallow
Dredd is forced to account for his actions at an SJS hearing after he tangles with a Judge who took the Long Walk and then returned to attack his former city.

Putting Dredd right in the middle of this one makes it the best of the bunch. Toby Longworth as ever gives good voice, and having him tangle with rogue Judges is always good value. 3 out of 5 stars. 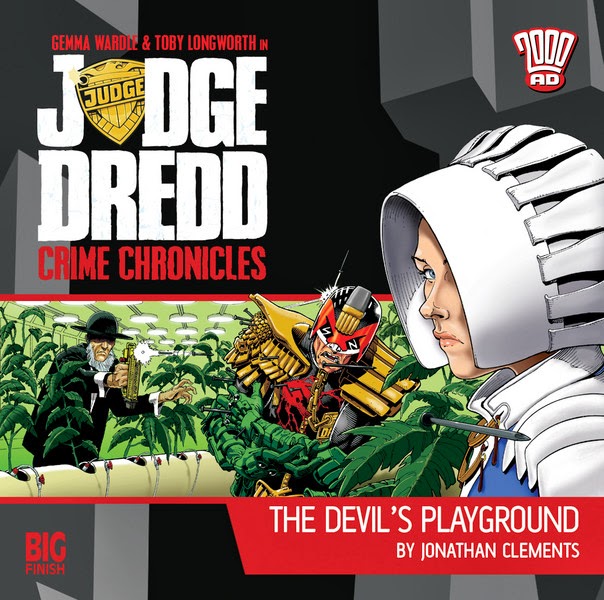 1.02 The Devil's Playground by Jonathan Clements
A religious community that are clearly based on the Amish live in a protected block within the Mega-City. Once their youngsters reach 18 they are allowed out into the big city for a year's experience before deciding whether to return to their sequestered lifestyle. Except one of them has been murdered and her best friend need's Dredd's help to find out why.

Mostly narrated as a straightforward story by the actress Gemma Wardle with just a few bits of Longworth's Dredd and it was just too long and dull for me. The Amish parallels are too easy and obvious, there is a basic mistake about how Dredd's Lawgiver works, and the cover image gives away the ending. Worst of the bunch I'm afraid. 2 out of 5. 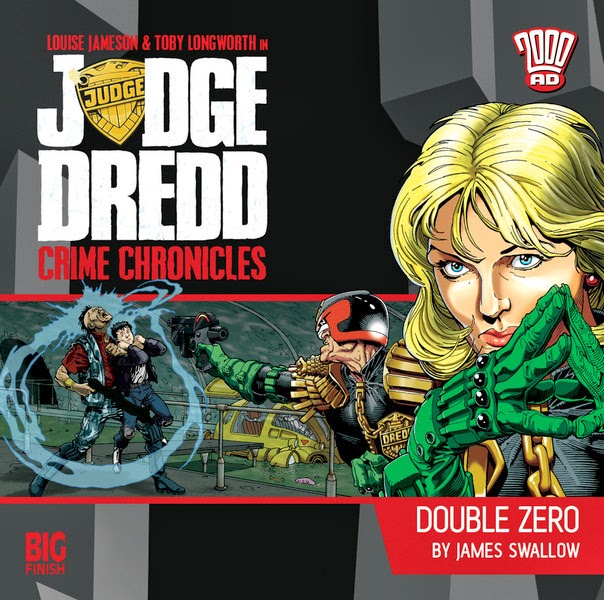 1.04 Double Zero by James Swallow
Dredd and Anderson have to track down a powerful psychic before undercover agents from other cities find him and kill him.

Louise Jameson is a Big Finish regular and a versatile actress, but she doesn't sound like Cassandra Anderson to me. Her american accent may not be her strongest and suffers when heard next to Longworth's. And the super psychic kid storyline runs pretty frequently anyway. Another 2.5 out of 5 stars and the series rather peters out with a whimper instead of a bang.

The Crime Chronicles never really scale the heights of full cast audio adventures like Death Trap, Get Karter and the two Strontium Dogs, and I guess the sales weren't great as there have been no more since. The availability of the 2000AD range is a bit patchy which may be down to rights problems and a shortage of actual CDs. I think only 9 of the original 18 full cast stories are available now, but you can still get all the Crime Chronicles. Or you can head to the BBC cult site where 5 of the stories including the two Simon Pegg Strontium Dog adventures are still there for nowt.

Overall for these four stories a middling 2.5 out of 5 badge chain links. There are better stories out there.
Posted by Eamonn Clarke at 9:43 AM