Intrigued by Seth's recent potted history of Rogue Trooper I bought the Dave Gibbons and Will Simpson War Machine trade. I confess I had no idea that Rogue had been rebooted, again this is from the black hole in the centre of my 2000AD knowledge. 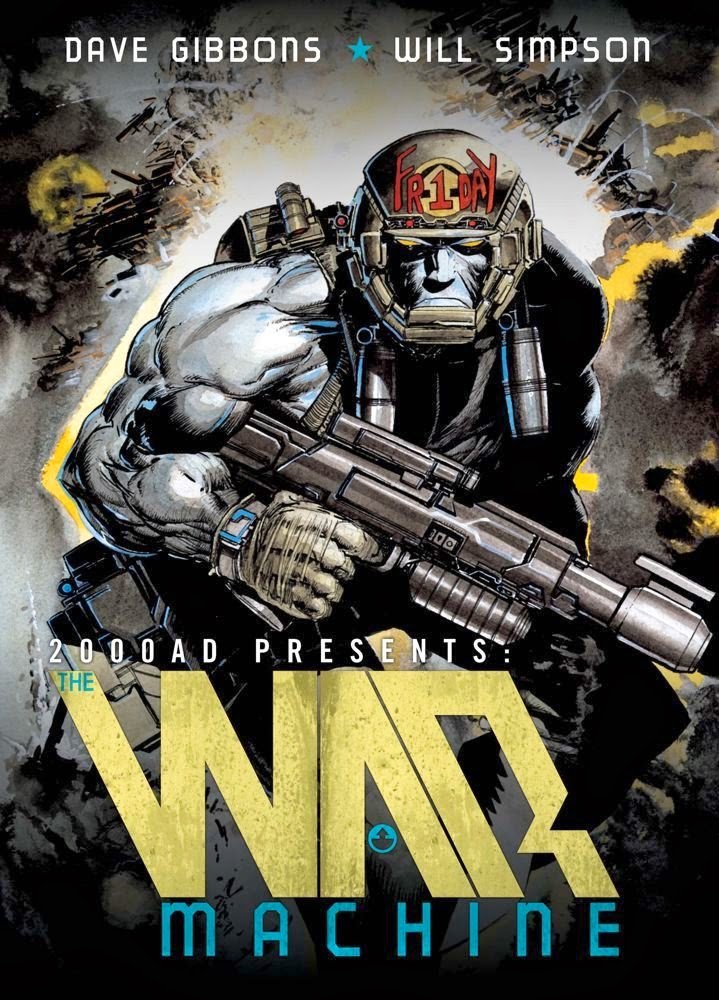 I won't go over the story details which are well covered in Seth's useful articles. Instead let me note that having Dave Gibbons as the writer is unusual but I found the story pretty effective. Most of it is told in the form of an internal stream of consciousness monologue by the central character Friday, and I found it impossible to not hear Rorschach's voice as I read it. In fact the two characters are not that dissimilar, and they share a similar viewpoint about humanity and honour.

I confess that I had my doubts about Simpson' painted artwork at first but it grew on me as it went on. I still think I would have preferred Gibbons to have done the art as well as write but that would be asking too much. At least Simpson's version of Rogue wears more in the way of a uniform. It always bothered me that the original went about shirtless the whole time, but then I'm old and I think the same when I see youngsters heading for a night out without a jacket on.

The story is perfectly self contained and probably doesn't need the two stand alone stories tacked on at the end, although Steve Dillon's black and white art is always nice to see. No introduction or concept sketches or even the original covers in this edition. Would it kill Rebellion to give us a few DVD extras? I've said this before but there are plenty of knowledgeable fans out there who would jump at the chance of writing a few words for an introduction, and no that's not me touting for work.

I'm glad I picked this one up. 4 out of 5 stars and thank you, Seth. I'll be buying the new IDW Rogue Trooper series as well.
Posted by Eamonn Clarke at 10:43 AM